In a judgment handed down this week in Priyanka Shipping Limited v Glory Bulk Carriers Pte Limited (“The Lory”) [2019] EWHC 2804 (Comm), David Edwards QC (sitting as a Judge of the Commercial Court) dismissed a common law claim for negotiating damages for the breach of a memorandum of agreement (MOA) for the sale of a ship.

The decision is one of the first to grapple with the recent Supreme Court decision in One Step (Support) Ltd v Morris-Garner [2018] UKSC 20, [2019] AC 649.  In that case Lord Reed’s majority judgment issued a corrective to jurisprudence which, since the House of Lords’ decision in AG v Blake [2001] 1 AC 268, had seen the award of negotiating damages at common law “on a wider and less certain basis” than had been the case before Blake.

What are "negotiating damages"?

As for Lord Cairns’ Act: historically, the Common Law Courts could only award damages for past breaches, i.e., where the cause of action was complete at the date the writ was issued. For the future, litigants had to look to the Courts of Equity for orders for specific performance and injunction etc. However, the latter had no power to award damages.  That inconvenience was remedied by Lord Cairns’ Act 1858, section 2 of which (now s. 50 of the Senior Courts Act 1981) allowed the Courts of Equity to award damages as well as or instead of an injunction.

Damages may be awarded under Lord Cairns’ Act for past breaches: Experience Hendrix LLC v PPX Enterprises Inc [2003] 1 All ER (Comm) 830 at [34] (where an injunction could still have been awarded; compare Surrey CC v Bredero Homes Ltd [1993] 1 WLR 1361, where it could not, and so no claim under Lord Cairns’ could be made).  However, damages for such breaches are assessed on the same basis as damages at common law: Johnson v Agnew [1980] AC 367.

Damages in lieu of an injunction for future breaches, on the other hand, cannot be assessed on the same basis as damages at common law, as by definition such damages cannot be awarded at common law: Jaggard v Sawyer [1995] 1 WLR 269 CA at pp. 290-291 and One Step at [47].  Instead, negotiating damages may be awarded.

As will be seen, the issue in The Lory was whether negotiating damages were available at common law for past breaches of the relevant term of the MOA.

The Defendant Seller sold the Claimant Buyer its vessel on terms that included clause 19, by which the Buyer undertook that it would not trade the vessel and would sell it only for demolition.  By the time of (and after) delivery, however, the markets had moved against the Buyer, who then twice traded the vessel.  By the time of the trial, the vessel was completing discharge under the second fixture.  The day before the trial, it was fixed for a third.  The Seller claimed damages for or an injunction to restrain breach of clause 19 of the MOA (or both). The Buyer claimed a declaration that the Defendant was entitled to no more than nominal damages.

The Judge awarded an injunction restraining future trading of the vessel (expressly including the third fixture).  Damages could in principle be claimed for the first and second fixtures, but – because they were now in the past – only at common law.

In a long and careful judgment, the Judge analysed Lord Reed’s judgment in One Step, noting his restatement of the purpose of the award of damages for breach of contract and affirmation of the compensatory principle in Robinson v Harman (1848) 1 Exch. 850.  He noted that, once the vessel had been sold and delivered, the Seller no longer had any proprietary interest in it, “no right or ability to use the Vessel to trade, and no right or ability to profit from the Vessel’s use (and equally no responsibility for any costs or liabilities incurred in relation to the Vessel’s operation)”.  Although the Seller was entitled to be placed in the position it would have been if the contract had not been breached, “it is not obvious how any further trading of the Vessel by the Buyer, albeit in breach of clause 19, could cause the Seller any loss.” [163].

It was “no doubt” for this reason that no conventional damages claim had been made, but only a claim for a hypothetical release fee.  The “critical question”, so far as that claim was concerned, was whether the Seller could bring itself within [95(10)] of Lord Reed’s judgment and show that “ … the loss suffered by the claimant is appropriately measured by reference to the economic value of the right which has been breached, considered as an asset.” [189]

The “valuable assets” that Lord Reed had in mind were essentially proprietary rights and analogous rights such as intellectual property and rights of confidence [193].  The Judge rejected the Seller’s submission that its right under clause 19 was within the same class: “once the Vessel was sold and delivered to the Buyer, the Seller had no proprietary or financial interest in her.  The Buyers’ use of the Vessel for trading, though in breach of clause 19, did not involve the Buyers taking or using something in which the Seller had an interest, a valuable asset, for which the Seller was entitled to require payment.” [196]

The Judge regarded the right under clause 19 as more closely analogous to the non-compete obligation at issue in One Step, which Lord Reed did not consider fell within “the category of cases where negotiating damages were available as a measure of the Seller’s loss”.  [199]

The claim therefore failed.  The Judge did, however, grant permission to appeal.  We may not, therefore, have heard the last word on this topic.

James M. Turner QC appeared for the Buyer on the instruction of Alex Andrews and Claire Don of Reed Smith. 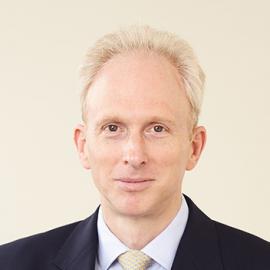