The Supreme Court decision in The Ocean Victory

The Supreme Court has today given judgment in The “Ocean Victory”, an appeal which considered important issues in three areas: safe port obligations in charter parties, the impact of insurance provisions on the right to claim against third parties, and the scope of limitation of liability. All of the parties instructed members of Quadrant Chambers. James M. Turner QC was instructed by Gard, Michael Davey QC was instructed by Sinochart, and David Goldstone QC was instructed by Daiichi.

The vessel “Ocean Victory” was ordered to discharge a cargo of iron ore at Kashima, Japan in October 2006. Whilst discharging, the meteorological phenomenon of “long waves” made it unsafe to remain at the berth. The vessel attempted to leave the port and in so doing met with severe weather at the entrance to the port. As a result, she grounded and was a total loss. Losses amounted to some US$ 170 million. The trial judge, with as much experience of safe port claims as any other in this field, held that the port was unsafe, since  both the susceptibility to “long waves” and the danger of storms closing the entrance/exit to the port were “characteristics" of Kashima. The Court of Appeal disagreed with the judge, holding that what had to be considered was the combination of characteristics, and deciding that the combination of characteristics was not characteristic of the port.  The Supreme Court unanimously held that the Court of Appeal was correct. It reaffirmed one traditional understanding of what made a port unsafe, but some may say it left unresolved a number of issues as to how tribunals are to act in what is a fertile area for shipping disputes.

Having decided that the port of Kashima was safe, none of the other points arose for decision. But the Supreme Court recognised that they were each of general importance.

The second question which arose was the right of the bareboat charterers of the vessel to bring a claim at all. The bareboat charterers alleged that as a result of the total loss of the vessel at an unsafe port, they were liable to the registered owners of the vessel and entitled to recover such loss from the time charterers who had sent the vessel to such a port. It was argued by the time charterers and sub-time-charterers that there was no such liability, as the bareboat chartering regime contemplated that the parties would look to insurance paid for by the demise charterers, to the exclusion of claims between the parties. As between registered owners and bareboat charterers it made sense that there would be no litigation, but if that ruled out claims against third parties responsible for the loss, the answer becomes less clear. The judge ruled that the charter regime did not preclude a claim. The Court of Appeal disagreed. The Supreme Court upheld the Court of Appeal by a majority of 3:2. How this will play out for other contracts with insurance -based solutions will no doubt provide much scope for debate.

Finally, the Supreme Court ruled on a relatively old question under the 1976 Convention on Limitation of Liability of Shipowners. That regime expressly brought charterers within the fold of parties entitled to limit their liability for maritime casualties, but left unanswered questions as to how limitation was intended to work as between Owners and Charterers themselves. Could Charterers limit their liability against Owners in respect of the loss of the vessel? In 2004, in the “CMA Djakarta”, the Court of Appeal ruled that Charterers could not. The House of Lords granted permission to appeal, but the case settled before the hearing. The correctness of the decision was therefore open to question, and difficulties in applying the regime in practice had led to uncertainty. The Supreme Court unanimously endorsed the decision in The “CMA Djakarta”, though it will remain a matter of controversy as to whether the workings of the regime have been fully explained by this decision at the highest level 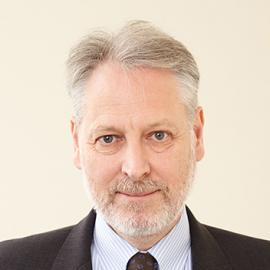