The Property Alliance v RBS LIBOR/GRG Court of Appeal hearing began on Monday 29th January as a “test case” and finished on Thursday 8th February.  Members of Quadrant’s banking team covered the case and gave an update seminar on 12th February 2018 explaining the shape of the appeal and the initial reaction of the appellate judges.

PAG’s claim before Mrs Justice Asplin included rescission of four interest rate swaps on the basis of five implied representations as to the nature of LIBOR and RBS’s role in determining it, alternatively damages for breach of contract.  The case was also the first to consider a claim relating to RBS’s controversial “turnaround” division, the Global Restructuring Group (“GRG”) and the infamous “dash for cash” email.  The Judge dismissed all of PAG’s claims.

In granting permission Lord Justice Patten found that notwithstanding the difficulties in the appeal: “The appeal will provide a useful vehicle for determining what are likely to be central issues in most similar cases even if parts of the claim may ultimately fail on the facts”.

The appeal has therefore been identified as a “test case” and it will be of great importance to claimants seeking to progress LIBOR related misselling claims as well as those alleging that RBS's GRG restructuring caused the failure of their businesses.

On Monday 12th February 2018 Paul Downes QC, Robert-Jan Temmink QC and Emily Saunderson explained the issues that arose in the appeal, the legal background to the claims, the “implied representation” theory, and the nature of the “GRG” aspect of the claim.  Attendees gained invaluable insight into the way in which this case may have affect the prospects of similar claims in this field, months before the judgment is released. 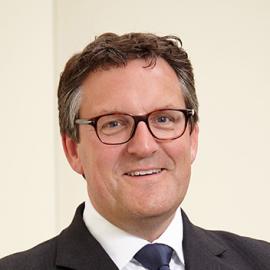