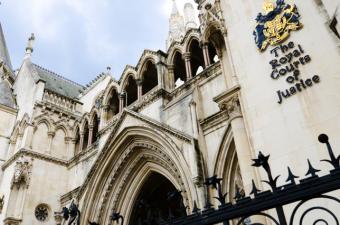 It is a relatively rare occurrence for the Court of Appeal to consider important points of principle in relation to the granting of freezing injunctions. It is remarkable, then, that, rather like the proverbial London buses, there have been three such cases in the last 8 weeks.  This article summarises some of the key points from those decisions.

Risk of dissipation of assets

A crucial question for any party considering whether to launch an application for a freezing order is whether there is sufficient evidence of a risk of dissipation of assets.  The decision of Haddon-Cave LJ provides helpful guidance as to the approach the court should adopt.

Haddon-Cave LJ then emphasised that all that the applicant has to show to establish its case on risk of dissipation is that there is a “good arguable case” that there is such a risk.  He equated this to the “good arguable case” test for establishing a jurisdictional gateway as analysed recently by the Court of Appeal in Kaefer v AMS [2019] 3 All ER 979.  The applicant does not have to prove the risk on the balance of probabilities, though he does have to show that the risk is “more than barely capable of serious argument.” The heart of the test is that there is a plausible evidential basis for saying there is a risk of dissipation.  Haddon-Cave LJ said that the test is “not a particularly onerous one.”

We can anticipate that this case will be heavily relied on by applicants for freezing orders, where the evidence of risk of dissipation is fairly thin, as representing a lowering of the threshold, at least in practice, even if Haddon-Cave LJ did not purport to be breaking new ground.

This case considered the extent of the exception for ordinary living expenses where a freezing injunction is granted against a very high net worth individual.

Arnold J, varying the terms of a long-standing freezing injunction, permitted Mr Bedzhamov to spend a total of £80,000 a month on ordinary living expenses, including rent.  Mr Bedzhamov had sought permission to spend £165,000 plus €165,000 a month, which included rent on two properties in London (his own, and his daughter’s), a further property in Monaco (where his wife and other children lived) and a list of other items, including £5,000 per month on his clothes, €10,000 per month for his wife’s clothes, and £2,000 per month for barbers and toiletries.

The key point on appeal was whether, as a matter of principle, the level of the exception for ordinary living expenses should be determined (a) simply by reference to what the respondent has been accustomed to spend prior to the freezing injunction being imposed, even if it seems unlikely that he will be able to maintain such spending in the future or (b) by reference to what his living expenses are likely to be in the future.

The Court of Appeal held that principle, authority and practicality pointed the same way:  “A defendant should be permitted to spend by way of ordinary living expenses in accordance with his actual past standard of living.” The judge’s decision had been wrong, because, inter alia, Mr Bedzhamov had been paying the rent on the three properties, and the £80,000 cap would not allow him to continue to do so.

The key point of principle was that the purpose of a freezing injunction is to prevent a defendant from taking steps outside the ordinary course which have the effect of rendering a judgment unenforceable.  It is not to provide security.  If a defendant has been accustomed to a certain level of expenditure, he is entitled to maintain that level (even if it is extravagant or imprudent).

However, the judgment notes that the court must be alert to the danger that a defendant may exaggerate his expenditure precisely to allow him to put assets beyond the claimant’s reach.

That danger, said the court, can be avoided if the court maintains a healthy scepticism about the defendants’ assertions as to expenditure, and requires proper evidence in support of such assertions.  Moreover, it may well be appropriate for the court to allocate particular sums to particular heads of expenditure, rather than simply imposing a global limit.  On the facts, the limit was increased to allow payment of rent on the three properties, but the Court of Appeal upheld the judge’s view that there was insufficient evidence to support many of the other alleged heads of expenditure.

This case, therefore, is something of a swings-and-roundabouts decision for high net worth individuals faced with a freezing injunction. As a matter of principle they are entitled to maintain their lifestyle.  But they will have to prove their past expenditure with hard evidence.

The long judgment of the Court of Appeal is largely concerned with the proper interpretation and application of the Lugano Convention.  However, at paragraph 249 et seq the Court considered an applicants’ duty to make full and frank disclosure when applying for a freezing order without notice.

The Court identified the following principles:

The facts relating to the non-disclosure are quite involved, but, in essence, the Court of Appeal overturned the decision of the judge (who had set aside the freezing injunction), on the basis that while the applicant should have gone further than it did in making full and frank disclosure, there was no basis for holding that the failure was deliberate in the relevant sense.

The decision, therefore, highlights that it is important for an applicant for a freezing injunction to (a) carefully consider what material should be disclosed and why; (b) make all relevant enquiries that can be made in the time available, so that full and fair disclosure can be made; and (c) be able to explain, persuasively, why material which has not been disclosed was considered, objectively, not to be relevant.

Conclusion:  the importance of evidence

While these three recent cases cover disparate areas of the law in relation to freezing injunctions, the common theme is the importance of evidence: