The Pacific Voyager - When is an owner under a voyage charterparty obliged to commence the approach voyage to the loadport?

In this important decision, the Court of Appeal considered the obligation of an owner under a voyage charterparty to commence the voyage, in circumstances where the charterparty did not contain a date of expected arrival or expected readiness to load at the load port.

It is well settled that, if a voyage charter contains a provision that the shipowner will proceed with all convenient speed or utmost despatch to a load port, and also gives a date of expected arrival or expected readiness to load at the load port, then the law imposes on the owner an absolute obligation to commence the voyage to the loading port at such time as it is reasonably certain that the vessel will arrive on or around the expected date. In effect, the shipowner is held to the estimated date of arrival or readiness to load which he has given in the charterparty. That was first settled by the Court of Appeal in Monroe Brothers Ltd v. Ryan [1935] 2 KB 28, and was followed by Devlin J. in Evera S.A. Commercial v. North Shipping [1956] 2 Lloyd’s Rep. 367. In those cases, the charterparties had specified a date when the Vessel could be expected to load. In The Myrtos [1984] 2 Lloyd’s 449, the principle was extended to a charterparty which had an expected time of arrival at the loadport rather than an expected readiness to load.

Monroe Brothers Ltd. v. Ryan also decided that the general exceptions clause in a voyage charterparty does not apply until the approach voyage to the load port has commenced. Therefore, if an excepted cause has prevented the owner from commencing the approach voyage by the relevant date, the owner is unable to rely upon the exception as relieving him from liability.

In the instant case, the charterparty was on an amended Shellvoy 5 form which provided that, subject to its terms, the Vessel was to perform her service with utmost despatch and proceed to the load port, but it did not contain an expected time of arrival or readiness to load. It did, however, give details of the anticipated timetable for completion of the voyage under the prior charter, on which the Vessel was currently engaged. Those details comprised the Vessel’s current position, and ETAs for transiting the Suez Canal, loading and then discharging at Antifer, all qualified “iagw/wp” (“if all going well/weather permitting”). The charterparty also contained a cancelling clause.

Whilst the Vessel was transiting the Suez Canal, she struck a submerged object, leading to serious flooding. Lengthy repairs were required. The charterers exercised their right under the cancelling clause, and terminated the charter. They also claimed damages, alleging that the owners were in breach for failing to commence the approach voyage to the load port.

The question for the Court was whether, in the absence of any date for the Vessel’s expected time of arrival or readiness to load, there was nevertheless an absolute obligation to begin the voyage to the loading port and, if so, the point in time at which that absolute obligation took effect. It was common ground that the rule identified in Monroe v. Ryan (that the exceptions in the charterparty did not apply until the approach voyage had commenced) could not be challenged in the Court of Appeal, and therefore was presumed to be correct for these purposes. The owners were therefore unable to rely on those exceptions in relation to the incident.

Popplewell J. at first instance had decided that the ETAs contained in the charterparty relating to the performance of the Vessel’s current voyage were the equivalent of an expected time of arrival or readiness to load. Accordingly, he held that the owners were under an absolute obligation to commence the voyage to the load port at the end of a reasonable discharging period for the Vessel after the ETA given in the charterparty for final discharge at Antifer under the prior charter. He also held that, if it was wrong to use the ETA for discharge then, in the alternative, the owners were obliged to commence the approach voyage at a date when it would reasonable be expected that the Vessel could arrive by the cancelling date.

Before the Court of Appeal, the owners argued in summary that:

a.   On a proper construction of the wording of the instant charterparty, the obligation to commence the approach voyage and proceed with “utmost despatch” could only attach when the Vessel had departed from the last discharging port, under the previous charter, and that, since she never did, the obligation in fact never arose. Therefore, the owners were not in breach. This followed from the absence of an expected time of arrival or readiness to load, and the fact that the obligation of utmost despatch was expressly made “subject to the terms of this charter”. The inclusion of the itinerary of expected dates for the previous charter made clear that the Vessel was performing a prior service before the voyage under the instant charterparty, which was underscored by the fact that these were qualified “bss iagw/wp”.

b.   The cancelling clause was irrelevant because it merely gave the charterer an option to cancel, without any right to claim damages.

The charterers argued that:

a.   The reasoning of Popplewell J. should be upheld, in that the inclusion of the itinerary for the previous charter showed that it was intended as an equivalent to a statement in respect of the time at which the Vessel was expected to arrive or be ready to load.

b.   Alternatively, the obligation to commence the approach voyage with the utmost despatch must at least arise at such time as it was reasonable to suppose that the vessel should sail to meet the cancelling date.

The Court of Appeal upheld the decision of Popplewell J. Adopting the reasoning of Devlin J. in Evera, if the obligation to proceed with utmost despatch was to be given any effect at all, some time for sailing had to be put in. That meant that the Vessel had to proceed either “forthwith” at the date of the charter, or “within a reasonable time”. The inclusion of the itinerary showed that “forthwith” could not be meant. In Evera, Devlin J. had held that a shipowner was permitted to have recourse to the expected date of readiness to load. There was no particular magic in the concept of a date of expected readiness to load, and the itinerary for the prior charter was equally useable to enable the Court to decide what was the reasonable time at which the obligation of utmost despatch was to attach. The addition of the qualification “bss iagw/wp” was not merely intended to indicate that the Vessel was subject to a previous charter. It underscored that the itinerary consisted of estimates, given honestly and on reasonable grounds. If an owner wished to make the beginning of the chartered service contingent on the conclusion of the voyage under the previous charter, then much clearer words were required.

The Court therefore did not need to consider whether, in the absence of the itinerary under the prior charter, reliance could be put on the cancelling date. That was a question for another day.

This is an important decision, providing guidance on how the principles identified in Monroe v. Ryan are to be applied where there is no statement of the expected time of arrival or readiness to load at the load port. That is a not unfamiliar scenario in modern day voyage charters.

Where such statements are absent, the question in any particular case will be whether an equivalent can be identified, which the parties can be taken to have intended be used as the basis for an absolute obligation requiring the owners to proceed to the load port by a particular date. In this case, the Court of Appeal considered that the itinerary for the voyage under the prior charter was just such an equivalent.

The owners are applying to the Court of Appeal for permission to appeal to the Supreme Court. 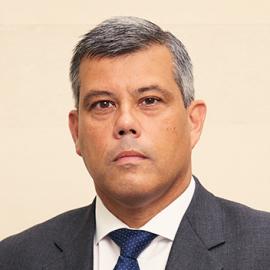